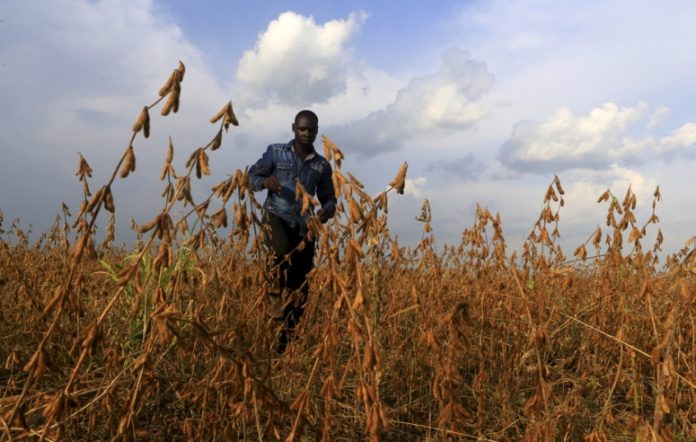 Africa has the lowest use of nitrogen on its farmland compared to other regions of the world. This is because smallholder farmers have limited financial resources to buy fertilizers.

Nitrogen is one of the most essential nutrients needed by plants for their growth, development and reproduction. Yet it is depleted in most African soils. Soil depletion over the years has led farmers to open new land to maintain their production. This has often led to increased deforestation and encroachment on marginal areas. The result over time has been declining farm production and family incomes as well as poor nutrition.

Empowering farmers to increase legume production can turn the tide for African farmers. Grain legumes are rich in carbohydrates, minerals and are a cheap source of protein. They improve soil fertility by capturing nitrogen gas in the air and bringing it into the soil. The amount of atmospheric nitrogen fixed by legumes into usable nitrogen can be substantial.

Any portion of a legume crop that is left after harvest, including roots and nodules, can supply nitrogen to the soil system when the plant material is decomposed. In addition, the harvest residue provides high-quality feed for livestock. This is because it is rich in protein.

These reasons lie behind the major science-based farmer support project N2Africa, launched in 2009. Its objective is to boost legume production in sub-Saharan Africa to address food and nutrition insecurity and to increase rural communities’ incomes.

The large scale research-based project is focused on delivery and dissemination of the best available legume technologies. Building sustainable, long term partnerships with smallholder farmers is central to the plan.

In the short term, the project seeks to demonstrate the benefits of legume production. In the long term the aim is to develop sustainable systems for:

In its first phase, the project reached more than 230,000 farmers who evaluated and tried out the technologies being promoted such as improved grain legume varieties, phosphate based fertilisers and rhizobia inoculants on their farms. The latter are root-nodule bacteria that support the legumes to fix nitrogen.

A majority of smallholder farmers grow their legumes without fertilisers. Fertilisers are expensive and are also not blended. This means they do not have the correct composition of minerals required by legumes.

The ongoing initiative is promoting the use of fertilisers, especially blended for legumes and biofertilisers. While biofertilisers are more affordable than mineral fertilisers and have great potential to increase yield, they are not widely used in sub-Saharan Africa. This is due to low levels of awareness and a lack of favourable environmental policies. There are also no proper public-private partnerships to commercialise the technology.

The introduction of several commercial rhizobia inoculant products is under way. To achieve this, N2Africa is building researchers’ capacity to isolate African rhizobia and identify effective strains for formulation of legume inoculants. It’s also important that the capacity of regulatory authorities to test products for quality and to formulate standards is enhanced.

The circumstances differ widely between countries or regions and for each specific crop. Current work involves actively engaging with suppliers to ensure a sustainable supply of inputs. This includes seeds, high-quality inoculants and legume-specific fertilisers. A lot of effort has gone into strengthening the ability of farmer organisations to aggregate their grain for joint marketing.

Thanks to this initiative, farmers are using improved seeds, fertilisers and inoculants to increase legume productivity. Seed companies and agro-dealers are strengthening inputs supplies systems. On the other hand, the farmers are better organised and are selling their produce at competitive prices.

The project’s goal is to reach 780,000 beneficiaries by 2018 across the 11 countries. The objective is to nurture a vibrant organised legume value chain that helps improve the health and nutritional status of smallholder farmers, reduces poverty and improves soil fertility. 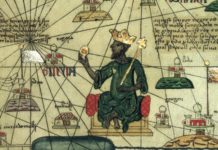 Was there ever a time when so few people controlled so much wealth?

China’s stock market is in for a turbulent 2016

How closer is Kenya to achieving vision 2030?

ABOUT US
We are a team of finance professionals, passionate about growth in the financial markets and with a strong understanding of the politics, economics, companies and industries in the country. In addition, we have sought business leaders, managers and market experts who have a eagle’s eye on the transformations of the various markets we are focusing on.
FOLLOW US
MORE STORIES

China’s stock market is in for a turbulent 2016