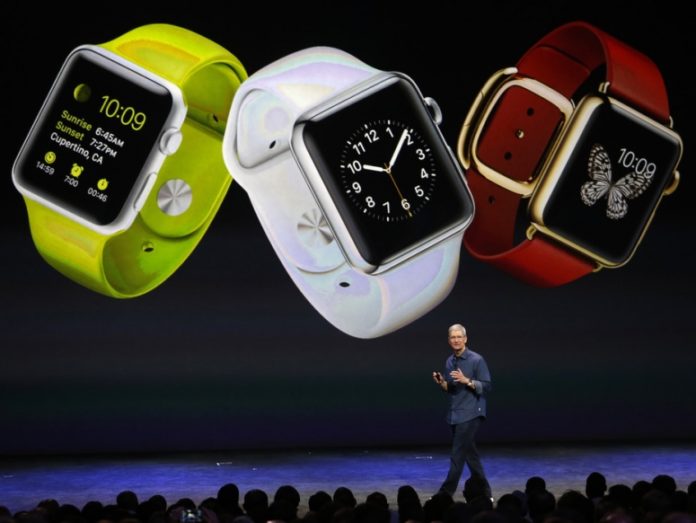 Apple has finally released a watch, along with new larger iPhone designs and a payments system. In an eagerly anticipated keynote, Apple has moved into wearables, its first new product category since 2010.

The new Apple Watch features a rectangular design with either a metal wristband or a flexible strap in a range of familiar Apple style colours. The watch comes in two sizes and three categories, one normal, one for sport and one in gold for those wanting some bling. Apple was rightly concerned about the aesthetics of the device, as Sony, Samsung and Asus introduced new iterations of their devices last week which in some cases still look as if the user is under house arrest.

Apple has created a different user interface by using a touchscreen and “digital crown” as a zoom and scrolling input on the side of the watch face. Apps on the main screen appear as bubbles that the user can zoom in on. And the interface uses haptic and audio feedback to enhance the experience, without obscuring the screen with your fingers. The device supports Siri for data entry, along with a number of suggestions derived from either the context or from the connected iPhone.

Third party apps can be created using watch kit, which enables developers to create notifications or apps that can be run from the home screen.

The watch functions as an extension of the iPhone, by supporting bluetooth and wireless connectivity. Unlike the Samsung Gear S which has its own sim, the watch requires an iPhone to be in close location for the notification services to function. Using the technologies introduced in software update iOS 8, the watch can act as a remote control for the iPhone, displaying notifications, maps and enabling phone calls. The built in sensors send information to the new health kit software, such as activity and movement.

The standard problem with such devices has been battery life, with some competitor wearables needing charging twice a day. Apple hasn’t mentioned battery life, but it uses wireless induction charging that certainly looks the part.

Enthusiasts will have to wait until the start of next year to get their hands on the product though, the Apple Watch will be available in early 2015 for US$349. Cook assures fans that it is “worth the wait”.

iPhone 6 and iPhone 6 Plus

Apple generally rolls out a new iPhone design every two years and has continued that pattern with two new models. The iPhone 6 and 6 Plus have a more rounded tablet style shape with tapered glass that slightly echoes the design of the original iPhone 3GS.

The iPhone 6 comes in larger sizes, with a 4.7” model that is the same size as Sony’s Xperia Z3 and the iPhone 6 Plus 5.5” model which has space for six rows of app icons. Both phones have retinaHD screens with enhanced brightness and a larger number of pixels, along with extra gestures to accommodate using a larger phone one handed. There is a significant demand for larger devices in Asia, so this will directly compete with the HTC desire 820 and Samsung Galaxy Note Edge, both launched last week.

Both phones get cameras with better sensors, noise reduction and faster autofocus. The 6 Plus has extra image stabilisation built in to counter any jitter that may occur through holding the larger phone. Next generation LTE and wifi support offers faster connectivity.

Increasing their lead over competitors

Apple achieved a significant leap over its competitors last year by rolling out a 64 bit chip design and this year sees them increasing their lead by moving to a new faster, smaller A8 chip with better power management features. Apple has its own microprocessor design team, removing its dependance on outside companies such as Qualcomm. The HTC desire is so far the only phone that has managed the 64 bit hardware transition and even this is still waiting for the release of an appropriate version of Android from Google.

Apple will be hoping that the size, incremental hardware improvements and software features in iOS 8 differentiate their products significantly. But is it worth the upgrade? Anyone still using an iPhone 4/4S will find compelling hardware and software changes. Plus, Apple Watch will only work with the iPhone 5 model upwards.

Users of the iPhone 5/5S may like the look of the larger screen sizes, but the differences in speed and camera may not be enough to make the change as they will get access to most of the new features when the iOS 8 update appears anyway. The release date for the new iPhones is September 17th.

Apple is also declaring the day of the wallet and payment card over, creating a payment process called Apple Pay. Using NFC payment technology, which allows users to transfer their personal and other banking details from a smartphone to a point of sales register by simply holding their device near a reader, the phone and watch catches up with Android devices that have had this for a while. Teaming up with payment services such as Mastercard should allow fast e-style transactions at tills, especially when combined with touch ID, adding a welcome extra layer of security.

There has been a low take up of paying by devices other than card, but perhaps Apple’s clout in the marketplace may move things forward. Apple Pay will initially be US only, but it does use industry standard technologies and has some significant companies on board, such as McDonalds and Disney.

The Apple Watch may be a compelling purchase for Apple advocates or those using monitoring devices for sport or healthcare. Apple has always sold its products well by bringing signature, stylish design and friendly user interfaces to existing products. But can it change the behaviour of consumers who have steadily been abandoning wristwatches? Only time will tell. 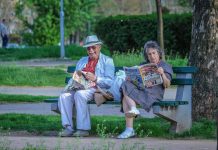 Securing your Future: A case of Kenyan retirement schemes 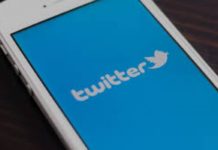 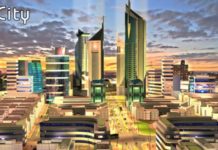 Has the Jubilee government abandoned the Konza City idea?

Has the Jubilee government abandoned the Konza City idea?